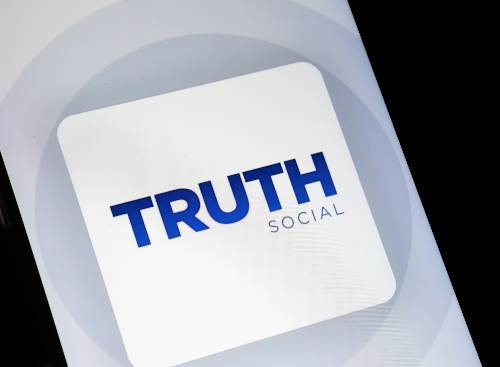 Donald Trump’s new social media app, named “Truth Social” has begun trickling out to 500 beta testers who have begun to use an early version of the platform.

The platform has been created by the newly formed Trump Media and Technology Group and aims to rival other tech companies that banned him from their platforms during the Capital insurrection at the end of 2020. It has been described by the group as delivering an “engaging and censorship-free experience” on the app.

Though the app remains shrouded in secrecy, many beta testers have come forward stating it bears a striking resemblance to Twitter.

Liz Willis, a correspondent and vice-president of operations at Right Side Broadcasting Network, told Reuters she received an email Tuesday stating that “T Media Tech LLC has invited you to test Truth Social.”

It allows users to post and share a “truth” in a similar way to a tweet and there are no ads according to Willis. The app also allows people to choose who they follow and the feed is a mix of individual posts and an RSS-style news feed. They will also receive notifications if someone mentions or follows them. Future plans are also in place to add a messaging feature.

On Wednesday morning a version labelled Truth Social 0.9 was released which included bug fixes for “Re-truths”, the apps answer to retweets as well as improving image ratios and compression and error handling and account creation”.

However, a launch date still hasn’t been announced, though suggestions do place it at the end of March for a US release.

Here at Nutcracker, we do wonder about the extreme lengths Trump is going to after the other platforms banned him but it is hard to see how it will take off with the public, given how polarising Trump is. Furthermore, reports haven’t suggested the app is going to do anything new, in the same was as Instagram’s photos and TikTok’s videos helped them to establish themselves as the next generation of apps.

If you would like us to take a look at your social media marketing strategy then please get in touch with us on 01384 455 141.