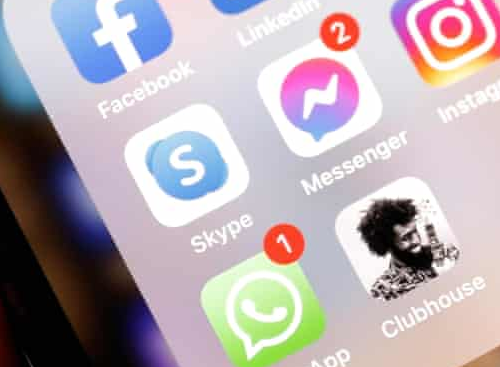 So, what is Clubhouse?

Back to Blog
Clubhouse is a new invite-only audio-based social media platform that all SME’s are talking about right now. The best way to describe it is to think of 2002 chat rooms, cross it with chat roulette, and then make it audio-only and a little less creepy (for now, anyway). It’s like listening to a podcast that you can interact with – with more than just a couple of opinions. In fact, you get a ‘room’ full of them. Clubhouse allows you to interact with the room by ‘putting your hand up’, the host then allows you to talk to the rest of the room so, you can chip in with your own expertise, opinion, or jam. Each room has its own topical vibe, ranging from relationships, science to music, or anything else you fancy. It’s not uncommon for you to find strangers making music from two different parts of the world. Incredible, right?. You can even start your own private room for friends, or create a topical room to interact with other users. You can also invite your friends by ‘pinging’ them to a room you are enjoying.

What makes it different to other social media platforms?

Clubhouse isn’t your regular social media platform like say Instagram or Facebook. It’s almost stripped of all things which can be considered to be vain, no status posting or picture uploads for likes. There’s actually not much acknowledgment of your social status apart from the number of followers you have. It encourages human interaction at its core by inviting people to talk about common interests. No hiding behind a keyboard, no misconceptions, and connecting people the old fashioned way but with a reimagined digital makeover. It’ll be interesting to see the direction the app takes. It has been rumoured it’s going to be monetized by using famous figures as influencers to push brands.

Clubhouse is still in its beta phase and its community is limited at the moment to invite-only and IOS only users. Many of those members’ early adopters were mostly Silicon Valley technophiles, investors, and celebs. In December 2020, it had just 3,500 members around the world, now it has over 600k, which includes the likes of Elon Musk, Oprah, Ashton Kutcher, Drake, and Jared Leto.

It’s in the News: Chinese users flock to Clubhouse to talk politics

As said previously, Clubhouse is accessible from iPhone and can be accessed in mainland China without the use of a virtual private network (VPN) to bypass China’s Firewall.

It’s been reported by the BBC that thousands of Chinese users joined chatrooms on Clubhouse in order to freely discuss topics that are considered to be taboo in China, from the treatment of Uighurs in Xinjiang, Hong Kong protests, and the heightening tensions between China and Taiwan.

Users who witnessed the audio conversations in the app’s chatrooms took to Twitter to discuss what they were hearing. It’s unlikely that China is going to permit its people to use the app for much longer, though.

Multiple people across China reporting Clubhouse now blocked. It was nice while it lasted. A brief glimpse at the world as it would be if the CCP allowed Chinese to speak online unfettered. What a world it would be. A diversity of perspectives, a chance for understanding. Alas... pic.twitter.com/kmdjDqwwOf

How can I get an invite?

If you’re keen to join in the conversation you may find yourself increasingly frustrated. As a new member you’re allocated one invite, and after awhile you get three more so if you get invited by an existing member, you can eventually pick up to 4 of your friends to join up with you.

Right now, the club is so exclusive that unless you have friends in high places, it could be some time before it filters down to our UK networks.