Websites through the years: Facebook.com 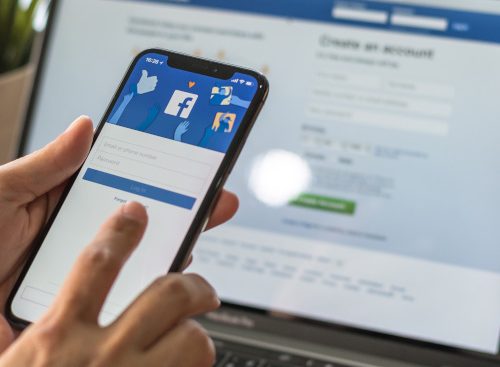 In this new section, we thought it would be a great idea to take a look at some of the UK’s most visited websites to see just how they have changed throughout the years and today we are taking a look at arguably the biggest and most well-known social media network of them all, Facebook.

Don’t forget, here at Nutcracker we provide social media marketing services which can take your business to the next level – check out those here.

Most people probably know a little bit about the starting of Facebook by then Harvard student Mark Zuckerberg in 2004 which as shown in the 2009 movie The Social Network. However, the domain facebook.com was previously owned by Boston company AboutFace, who sold software solutions so back in 2001 this was what you saw when you visited Facebook.com.

This version of the site is of course very basic as most websites were in those days though we do love the Employee Facebook link halfway down which when you visited it goes to a page essentially describing the site that would eventually become its successor, though on a much larger scale.

Mark Zuckerberg initially launched his social network as The Facebook in 2004 for students at Harvard University. Initially called The Facebook the site was actually hosted on thefacebook.com.

This first version of the site was very minimalistic and at the time Facebook had only launched at certain universities and colleges in the US and had a list of which ones were available. At the time however users could only connect to people at their college or university. Here at Nutcracker, we are wondering who the man is in the top header banner – perhaps Zuckerberg himself? The site also had a very student like statement at the bottom, calling it a Mark Zuckerberg production.

At the end of 2005, Facebook purchased the domain facebook.com for $200,000, presumably from AboutFace and in Early 2006 the first version of the site, now known as just Facebook, was launched.

Here at Nutcracker, we do wonder just how much money AboutFace would’ve sold the domain for had they known what their successor would turn into.

We can see though the image of the boy and the Mark Zuckerberg production copyright statement is still there, the text informing users only students from certain colleges were able to use it was removed and there was now a college and a high school version of the platform.

By 2007, Facebook had launched at universities and schools in many countries around the world, including the UK and had begun to allow staff members from companies to register which was reflected in the change of instructions on the homepage. The site also changed to include a larger call to action button for Registering and Taking a tour to show people how the platform worked.

By 2008, Facebook allowed anyone, anywhere to create an account and this was reflected in a quite drastic redesign of the homepage to become more business-like and corporate. Gone was the image of Zuckerberg and the “Mark Zuckerberg” production and in its place was just the logo. The site also added some benefits of using the platform to the homepage and allowed people to see if their friends were on Facebook.

By 2009, Facebook had truly achieved its status as the most well-known social media platform in the world and the homepage had a drastic redesign from the previous version. To reflect the sites capability to connect people globally, a large map of the world takes up half of the page and most of the benefits of the site have disappeared from the homepage with a clearer call to action sign up form on the right-hand side to draw people’s attention to it.

Many of the links were now also relegated to the very bottom of the page to keep people’s attention on the main goal of the page.

By 2012, a new way of accessing the internet had taken hold with the popularity of Apple’s iPhone creating the smartphone market. By 2013 people were accessing the internet through their phones more often than through a desktop. In 2012, Facebook reflected this by changing the graphic of the world to a graphic of a phone, no doubt in a push to persuade people to download Facebook mobile as the tide began to change (interestingly in the same year, Facebook acquired Instagram which had been around for two years at this point and has arguably become the platform that defined social media for the smartphone generation).

In 2013, Facebook again changed the graphic on its homepage which again subtly showed a change in the times. By 2013 the idea of “social media” had really grabbed the public consciousness as Facebook became a place to consume news just as much as traditional media organisations.

The homepage now promised that you could connect with the “world around you” which is arguably what most media companies would do. Also, the fact people could find more of what they are looking for with graph search showed Facebook’s new impetus to also be a source of information and news, not just a means of communication. The links at the bottom has also expanded to add pages link to Places, Apps, Games and Music which showed Facebook’s expansion into other areas.

Unbelievably, this design was to stay much the same for quite a few years.

2020: Redesign during a pandemic

It would not be until 2020 that Facebook’s homepage would get a significant redesign and it was towards the end of the year and during the Covid-19 pandemic that this occurred.

It is drastically different from many of the previous designs, opting for an uncluttered and simple interface dominating most of the page.

Gone was the big graphic on the left and the sign-up form, replaced with just the logo and the heading text and a sign-up form. By this point the platform had nearly 2.8 billion users, almost half of the people on the planet so perhaps Facebook felt there were very few people left now to encourage to sign up!

Also interestingly, this is the first time the Facebook logo changed from white text on a blue background to blue text on a slight off-white.

There has also been an addition of even more links in the footer such as Facebook Watch, Locations, Page Categories, Facebook Pay, Jobs, Portal and Instagram – showing the expansion of Facebook as a business and how a small student project took over the entire world.

We hope you have enjoyed taking a look back with us at the history of Facebook, if you are a business looking to make your mark online, get in touch with us on 01384 455 141.